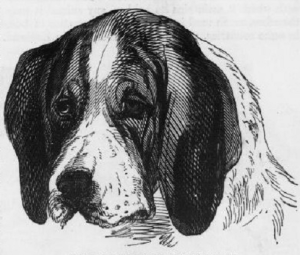 Imagine this scenario, if you can.

The above dog is but a picture, but for a moment pretend this is a real dog, and it is being mistreated, insulted, and ridiculed for no other reason than its breed or looks. It’s not a bad dog, but there are those who would take delight in inflicting pain, insults, and injury on this dog. Not only would they take delight in such acts, they would gang up on this dog and do as much physical and emotional harm to this dog they could, and walk away in smug self-righteousness with big smiles on their faces as the dog is lying on the ground mortally wounded and crying.

Would it surprise you to know this a scene that is being repeated across the nation on a daily basis, not to dogs but to people, and sadly, God’s creatures are being systematically brutalized for nothing more than their personal choices and value systems.  Essentially, they are being treated as the misfits of society.

No way! Don’t believe it? It’s absolutely true, and here’s why. The above dog with the sad look on his face is a Republican and voted for the 45th President of the United States, Donald J. Trump; therefore, he is a subhuman life form and worthy of any and all disdain and punishment that can be heaped on him.  Any questions?