On the day after my first Chemo treatment for a highly curable form of cancer (Lymphoma) which my Onocologist says he can put in remissission in two months, the news flash came on that Lady Soul, Aretha Franklin, had slipped away and passed into her heavenly home. Although I never had the honor to know this immense talent while she walked among us, I sure knew her in another. We both hail from Detroit, have a burning passion for music, absolutely love Motown and remember when it was a force to be reckoned with and the playground of the Midwest, and if I listen real hard I can hear her footsteps going down the sidewalk leaving the old Hitsville Building from my perch across the street knowing in my sixteen year old heart I was watching a star.

A solitary tear somehow slipped down my cheek, not for me but for songbirds that cannot stay but are destined to spread their wings and fly to the sky.

This question was asked of me, and I actually was trying to think of an answer knowing one had nothing to do with the other, unless Detroit had been relocated to a cornfield which I figured was not the case. After some back and forth questions the person finally said, “Your blog name is prairie writer, but your books always have Detroit somewhere in them so are you a prairie writer or a Detroit writer?”

I had never thought of it in those terms, but I suppose that is how the two are related; a Detroit writer living on the prairie, although, I have been far removed from Detroit for several decades but it calls to me sometimes. They say the place where you are born does that, and I guess that must be true, more or less, because quite without knowing how Detroit always finds it way to my books.

This is one of those books. The title is misleading and sounds like anyone who ventures to Detroit ends up dead. Just not true, and it’s really about a man who travels to Detroit for nefarious reasons, a homeless man living behind a dumpster, and the woman who walks between the two. It’s also about a town rising up to take care of their own.

Maybe, I need to get myself back to Detroit for a visit so I can write about Boise, Sacramento, or Seattle.  Just saying. 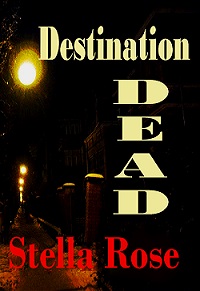 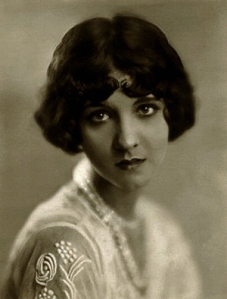 Only one word adequately describes this beauty, and that word would be diva with a capital ‘D’. This particular beauty was Julanne Johnston born 1900 in Indianapolis, Indiana and died 1988 in  Grosse Pointe, Michigan. She was either interred in her husband’s family plot at Woodlawn Cemetery in Detroit, or cremated and scattered in the rose garden of Chapel of the Pines, Los Angeles, California.  As she is listed in both places, it must be reader discretion to decide which is accurate.

Julanne was an American silent film actress whose most notable role was starring opposite Douglas Fairbanks in ‘Thief of Baghdad’; however, she is best remembered for being on William Randolph Hearst’s yacht during a fated outing in November 1924 when the film director and producer Thomas Ince died of heart failure.

The other thing Julanne is remembered for is that during the zenith of her career, she stepped from a train in Grosse Point, Michigan to meet some friends on her way to New York City, but met the love of her life while there, David W Rust (1899 – 1962), and never left. They had one son, and father and son are definitely interred at Woodlawn Cemetery, Detroit. She took her lovely self to the Detroit Institute of Arts, and did volunteer work.

Why should anyone remember this diva or any other star of the silent screen? Aside from being the vixens they were, these women were trailblazers. In a time before women could vote, they walked away from family farms and cities to make their way to Hollywood in search of stardom. Every now and then, as in this case, they found it.

‘The Thief of Baghdad’ is still available at Amazon.com, and makes for good viewing.