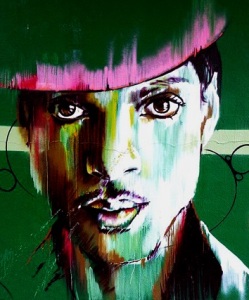 Sociology is the study of social behaviors in a society that defines the social norm. Sometimes referred to as Social Studies, I tend to think it’s not currently part of the school curriculum, but has been replaced with sensitivity training, political correctness, the importance of one’s self, and the preservation of  personal safety zones. Simply put, it’s not about acceptable social behavior anymore but about personal entitlements.

A concrete illustration of this was the college students whining on television because someone wrote ‘Trump’ on the sidewalk in chalk, which according to them, violated their peace of mind and the sanctity of their personal safety zones. It is unclear what will happen to those poor disillusioned babes after leaving the shelter of academia, because there are no safety zones in society other than the ones you create for yourself.

Recently the world lost a very talented performer who apparently was gravely ill for quite some time, and suffering intense pain for a variety of reasons. By all accounts, he was surrounded by a circle of staffers and relatives to tend his every need. Therefore, it seems rather strange he died alone on an elevator floor and no one knew until the next day. How can it be that not one person in that circle seemed motivated enough to get him safely to his private quarters, or better yet, take him to the hospital?

Those college students crying about a name written on the sidewalk need pay heed to this lesson because when they stumble and fall, they cannot count on a safety zone to protect them. Inevitably, a whole barrage of people will storm their tent with hands out demanding personal entitlements.

Is this what we have come to as a society; walking over dead bodies to find the mother lode?